The year-end months of November and December in Singapore tend to be rather wet with high levels of rainfall due to the monsoon winds (more information here at Singapore's meteorological service), resulting in frequent thunderstorms happening many days of the week. While this may usually put off a typical landscape photographer's usual light-chasing activities, it also makes for great opportunities to photograph dramatic tropical storms and especially lightning.

Thunderstorms usually occur during the inter-monsoon months of April and May and October and November, and take place mostly during the later parts of the day. Since we experience so many thunderstorms (around 168 days a year), Singapore sees up to around 11,500 strikes a year. While we may be one of the most lightning-prone countries in the world, the lightning capital actually goes to Lake Maracaibo, Venezuela, which can be struck up to 233 times per square km a year. In comparison, Singapore sees about 17 flashes per square km yearly.

Despite that, lightning storms are pretty much the norm during the monsoon, and when one happened around the place I lived, I took the opportunity to photograph the natural phenomenon from one of the highest vantage points around my area - Bukit Batok Skyline. On that day, I initially wanted to head out to shoot my usual sunset cityscape scene, but was hampered by the bad weather. While having dinner at home, a huge electrical storm was taking place just outside and I quickly finished up and rushed out to capture the scene: 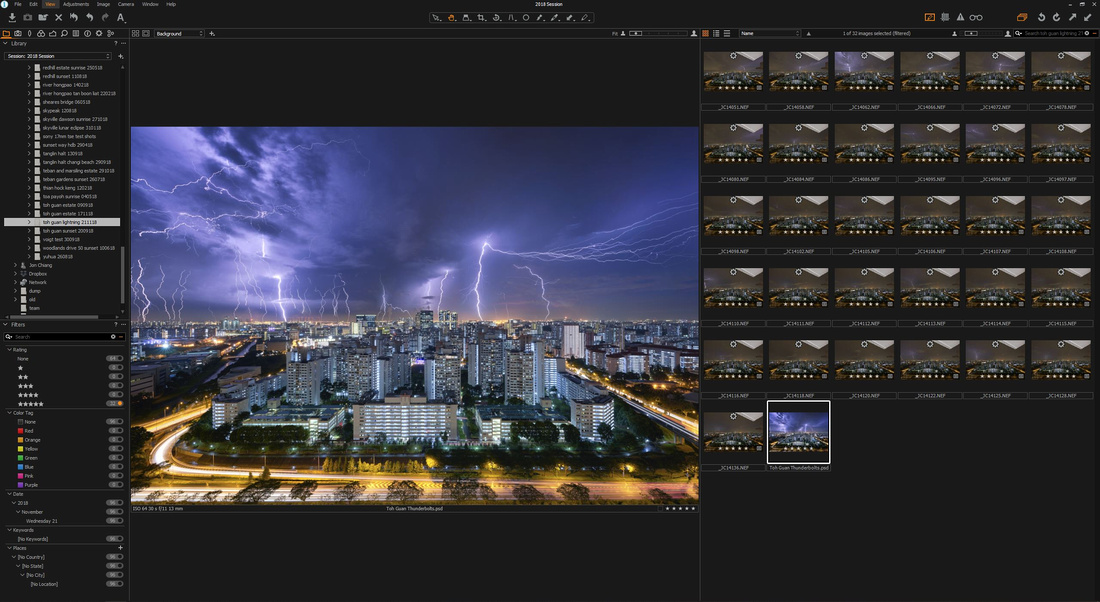 Suffice to say, it was indeed a very fruitful trip with lots of drama. Setting my camera to a 30-second exposure at f/11, ISO 64, I captured a sequence of images for over the period of about an hour from 8.30pm to 9.30pm as the storm passed across the frame. The ultra-sharp, ultra-wide-angle Sigma 12-24mm Art lens really came in helpful here, as I could get everything into the frame without having to stitch a panorama, which would be prohibitive for such a scenario. 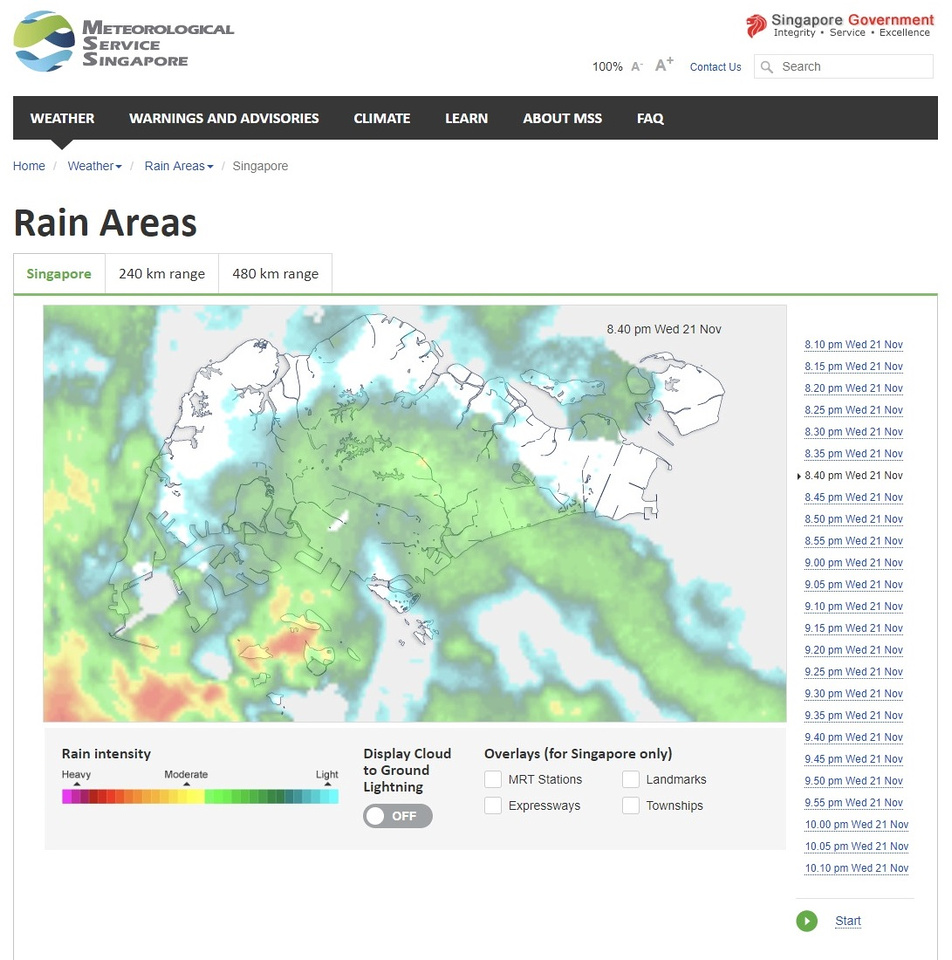 The storm mainly took place around the south-west of Singapore, over Jurong Island and Pulau Bukom. I was fortunate that the vantage point from where I shot my sequence of images faced this direction, which allowed me to capture the progress of the storm perfectly. Even better, I could also frame the estate where I resided into the frame, which made this composition a lot more personal! 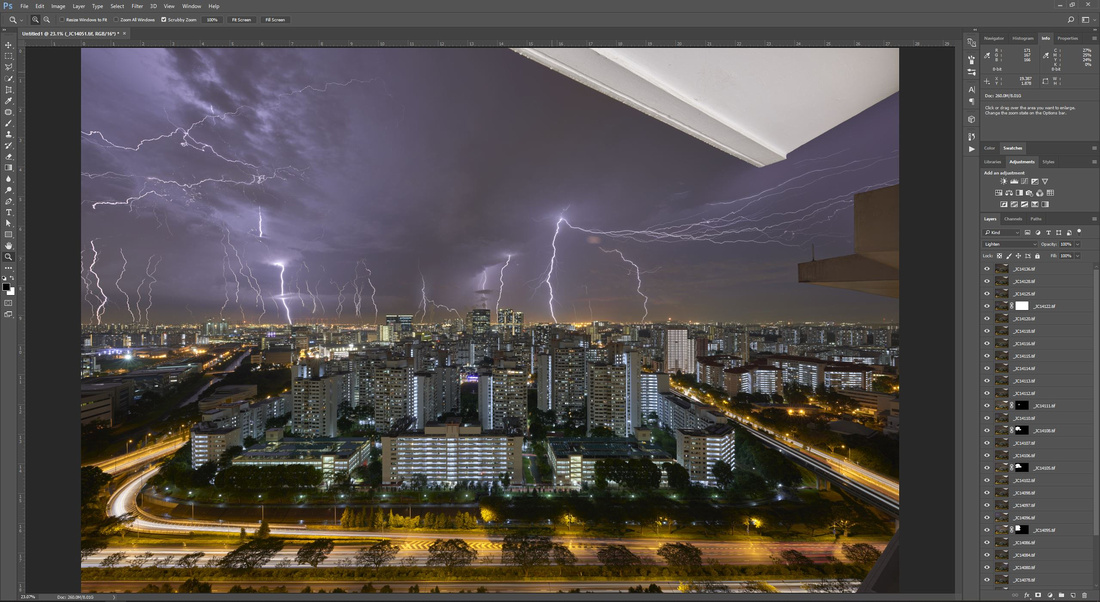 In the end, I picked out 31 frames with lightning and light trails to blend them into a composite image using Photoshop's 'Lighten' blend mode. I then cropped the image slightly to centralise the cluster of buildings into the foreground, and cloned away the ceiling and the other elements on the top and the left. The rest is just my usual colour and contrast processing using Nik software plugins like Color Efex Pro. If you noticed, there's a lightning rod at the right side of the frame. Even though the storm was happening far away from where I was, it was still unnerving to say the least! 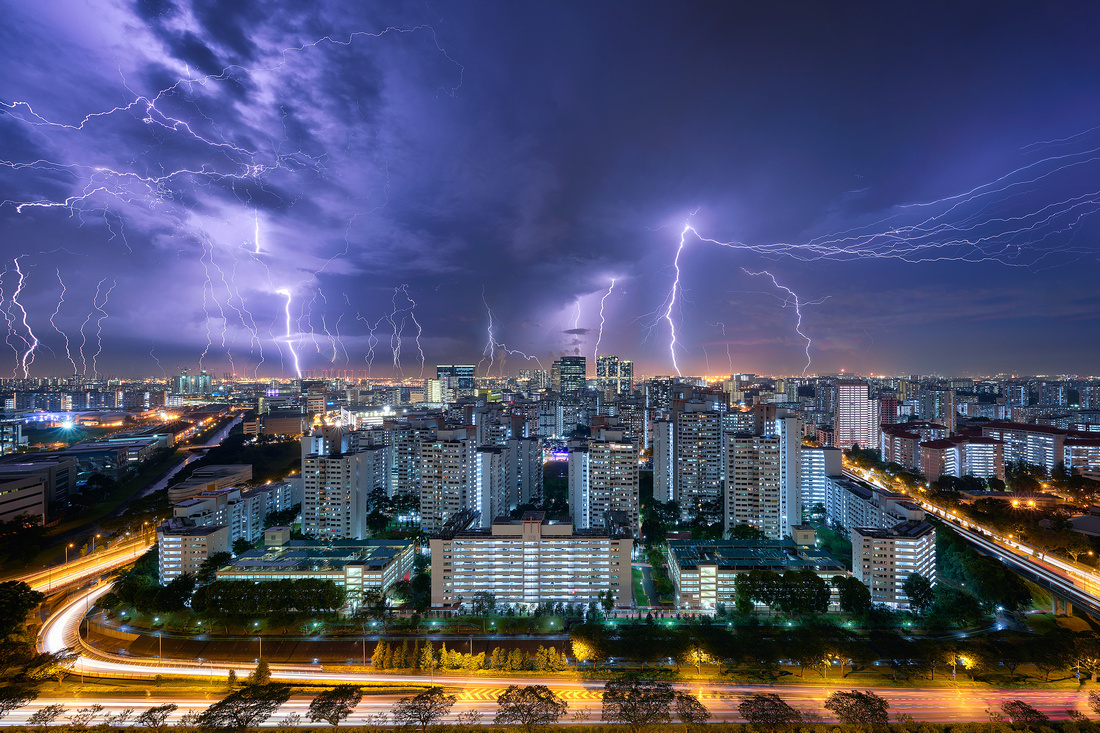 Altogether, I'm quite satisfied with the end result, though I feel that some parts could have been blended better. Definitely will be looking forward to my next thunderstorm shoot if conditions permit!